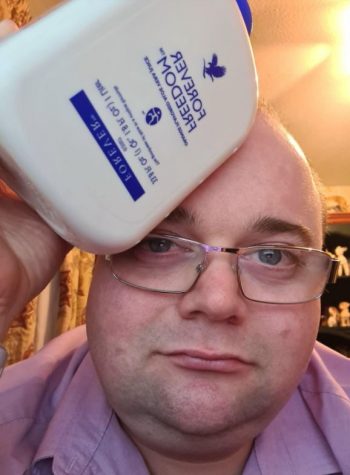 The general symptoms of a gout attack include sudden pain and swelling in a joint. The pain can usually be severe and lasts 3-7 days per ‘gout attack’. Pain is usually in the foot (big toe) but can also attack fingers, elbows, wrists and knees.

The area ‘under attack’ will normally go red, hot and swollen around the affected joint area. It is nearly impossible to lift your foot of the floor when you are having an attack, any form of pressure gives a feeling like a knife being twisted and twisted into the joint. This obviously causes you to limp and put extra weight on your opposite side.

If you are really lucky, you can get it in both sides so, you cannot walk at all, this usually comes with a lot of arsing about to get around.

Gout is caused by a build-up of uric acid in the blood, and this can cause tiny sharp crystals to form in and around joints. The initial trigger is bad diet choices, being overweight and an handful of other issues.

I was diagnosed with Gout over 18 years ago (late-2002), but following my diagnosis, my triggers were not due to the normal causes, it was unique in a way. I accidentally dropped a pallet of bananas on my right foot whilst working at a supermarket. I was not paying attention and gripped the trigger of the pump truck, and firmly dropped the load on my foot. I had to pump it back up myself to raise the pallet and release my foot, luckilly, I was wearing toe-protected boots however, my foot started to swell and I was sent to the BARDOC (walk-in centre) so they could look at my foot. I was told by the doctor the swelling would come down, to rest and take painkillers. So, I just went back to work instead!?

After a few days the swelling had gone down, but within 2 weeks I noticed redness and developed a pain that prevented me from walking, I went to my GP who told me it looked like gout and had it confirmed following tests. He prescribed me a drug called Allopurinol. This drug was apparently a preventer and would reduce my ‘Gout Attacks’, it did for a short while however, after a few months of taking it daily (mid-2003) I started to feel like shite. I was sent for a liver function blood test and then sent for an ultrasound. This identified that this drug was causing damage to my liver.

Following the test results, I immediately stopped taking the Allopurinol, I’d rather put up with the pain than cause permanent internal damage

For the next 10 years or so, I just put up with the pain when I had an attack. The gout attacks started to increase from 3-5 times per year to 1-2 times per month. From around 2014, I would have a couple of weeks feeling fine then a week of gout and then a couple of weeks fine followed by another week of pain. This cycle continued for months until I heard about a supplement called Devils Claw.

I started taking devils claw and took the highest recommended daily dosage, for about 3 months it was working and then my gout attacks came back with a vengeance, I was having 2-3 attacks every month, I was lucky to get 10 days per month without having an attack. I still continued taking the Devils Claw for a few more months hoping that I would again reduce or stop the attacks. It turned out that I was just pissing my money up against the wall!

I started my Forever business in June 2019, and as noted in my previous blogs, I use a number of the products daily and after building my knowledge of our products, about 1 month later, I decided to start taking the FOREVER FREEDOM daily, I was drinking the Berry Nectar previous to this, but I had read good things about MSM which is one of the ingredients in the Freedom.  Just 120ml in the morning before breakfast keeps my gout away.

For the last 18 Months, I have been pain free and not suffered 1 gout attack. I did run out of FREEDOM for a couple of days earlier this year, and had to wait a couple of days to replenish my personal stock. Now, in those 2 or 3 days I didnt take the FREEDOM I had a bit of twitch, as though I was at the start of an attack but, as soon as I started taking it again, that disappeared as well.

I always make sure I have a tri-pack in my personal stock so I never run out again.

I am fully aware that this is not a cure but, to have 18 months gout free is an amazing feeling for me and, I look forward to the next 18 months with the support of this amazing plant and its power

FREEDOM also comes with all the powerful benefits of the original Forever Aloe Vera Gel, these include: